A Pakistani bishop said 2015 was a difficult year for religious minorities, who continue to be victimized by violence and discrimination despite government pledges to protect their rights.

Bishop Samson Shukardin of Hyderabad said 2015 “saw the same discrimination and difficulties we have been witnessing for years.”

“Churches were bombed in Lahore and many Christians are still imprisoned in its wake. The government speaks a lot for the minorities but does little in terms of pro-minority legislation,” he told ucanews

At least 15 people were killed and dozens wounded in March when suicide bombers attacked two churches in Lahore.

Bishop Shukardin noted that Pakistan’s human rights record was so poor that it was voted off the U.N. Human Rights Council in October. He believes this type of “international pressure” must continue in order to force the government to protect the rights of religious minorities.

Meanwhile in Lahore, some 400 members of religious minority communities gathered in front of the Punjab Assembly on Human Rights Day Dec. 10 to demand protection for non-Muslims.

Speakers at the rally spoke of harassment, forced conversions, discrimination and violence suffered by religious minorities in Pakistan.

Pandit Bahagat Lal noted that Hindu girls were “still being kidnapped and forcefully converted in rural areas of southern Sindh province but we are being silenced.”

Hindus, who comprise less than 2 percent Pakistan’s population were not alone in facing discrimination and marginalization. Shia Hazaras and Ahmadiyya Muslims and Christians are often targets of persecution, from simple harrassment up to violence and even murder.

According to a report from the nonprofit Movement for Solidarity and Peace, about 300 Hindu girls and 100-700 Christian girls are converted by force and married to Muslims every year.

Media reports also stated that about 1,200 Hindus have migrated from Pakistan to India in the past five years. Similarly, Catholic bishops have voiced concerns over the increasing numbers of Christian families fleeing Pakistan to seek asylum in Thailand, Sri Lanka and Malaysia. 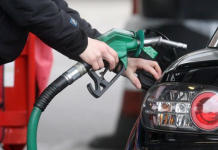 Latest Petrol prices in Pakistan for month of October 2019 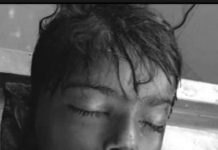