Ten slums in Islamabad have been targeted for demolition, potentially leaving over a hundred thousand Pakistani Christians homeless.

The slums, called “kahhatchi abadis,” were deemed illegal by the Capital Development Authority, who called for the urgent removal of the slums in order to provide a “better environment to the citizen[s] of Islamabad and to protect the beauty of Islam,”

Shah claimed the PPP will “never support any action that renders the poor homeless,” and will be taking the issue to the parliament.

Information secretary Qamar Zaman Kaira, who also joined the rally, described the CDA’s claim that Pakistan is “only for Muslims” as “condemnable”.

The CDA announced its decision to clear the slums in 2014. However, demolition was halted at the time after an outcry against human rights violations and demonstrations blocking the bulldozers.

In response to the Supreme Court’s order to justify its decision, the CDA submitted a report last week with the following statement: “It is necessary to identify the fact that most of the katchi abadis are under the occupation of the Christian community who are shifted from Narowal, Sheikupura, Shakargarh, Sialkot, Kasur, Sahiwal and Faisalabad and occupied the Government land so boldly as if it has been allotted to them and it seems this pace of occupation of land may affect Muslim majority of the capital.”

The report prompted strong backlash from human rights activists who called for a demonstration against the “discriminatory” statement.

“The administrative body has no right to be making decisions about the religious demography of Islamabad,” Ammar Rashid of the Awami Workers Party told Newsweek  Pakistan , adding that CDA’s actions reflect “old-fashioned bigotry” against Pakistan’s working class. 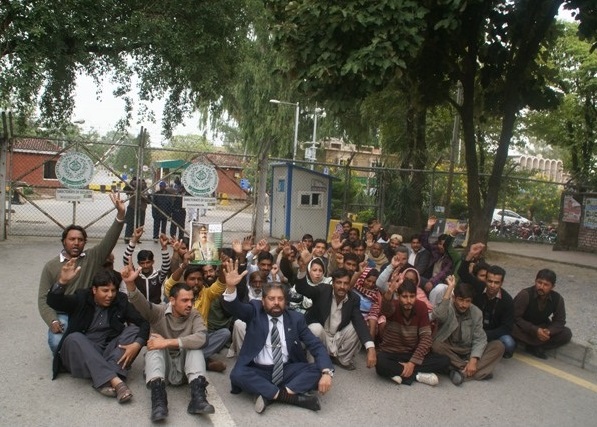 J Salik protests in front of CDA offices for payments of...

Christian girls working for living forced to prostitution in Pakistan