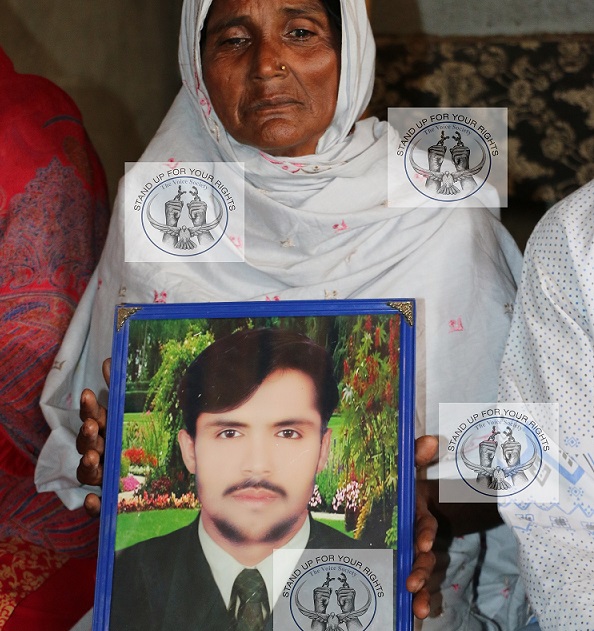 Javed Masih child of Arshad Masih matured around 28 years was filling in as a Serf in the town named Kamal Pur Panjchak in Faisalabad. In 2015, he purchased a house from Rashid Ali and loaned a measure of PKR 315,000/ – from Tajamal Jutt in 2015 upon a consent to act as his Serf for 24 hours for a long time. Javed consented to work for Tajamal and his siblings Muzamal and Bilal for a long time for 24 hrs and they will give him 7,000 trade out hand every month and furthermore the advance will be deducted inside two years. The understanding got marked amongst Tajamal and Javed as expressed above, and Javed began to work for the Jutts.

During two years, i.e. from June 2015 to June 2017 Masih worked for them day and night, he used to plough the fields, graze the cattle, did their house hold tasks and besides bearing brutal torture on every trivial mistake. Indeed, even he was experiencing mental anxiety and tension because of irregular torment and dangers on every single little issue on account of the Jutt siblings particularly the more youthful sibling Bilal Jutt, who likewise risk him after mercilessly tormenting him that you will bite the dust here like a spoiled egg and you will never have the capacity to leave this place.

In the wake of finishing two horrible years of his administration Masih at long last revealed to Tajamal Jutt that he has finished his understanding in June 2017 against the cash he acquired from Tajamal and now he needs to leave the employment. Because of this the Jutt siblings got incensed and tied him up and beaten him fiercely to be so bold to converse with them about clearing out. They additionally undermined him that he will pass on however he can’t leave the occupation. Javed Masih got hallowed and did not set out to advise this to anybody. On nineteenth July 2017, Bilal send Javed to the shop to purchase the stroke pharmaceutical to put in the Wheat godown, Javed conveyed the solution and offered it to Bilal.

At night at around 8:00pm Masih didn’t felt well and he tumbled off the ground. His associates lifted him up and educated the Jutt siblings and they took him to the closest center, however he began to swoon and the nearby specialist instructed them to take him to the healing facility. Be that as it may, the Jutt siblings tossed him before his home in the night and left. His mom and more youthful sibling Irfan were separated from everyone else at home and they had no way to take him to the doctor’s facility amidst the night.

They asked Bilal and Tajamal to take him to the healing center however they didn’t tuned in. Next morning at around 7:00am Irfan called 1122 emergency vehicle to take him to the clinic, yet sadly when they achieved the doctor’s facility Javed was intense and he kicked the bucket at around 9:00am in the morning. The specialists educated that he is been harmed, or he took harm, in this way the reason for death is harming. The police reported it as a suicide case and henceforth did not enlist the situation. The family is presently steady that the Jutt siblings have killed him in this way they requested equity.