KASUR: (Christian Times) – Yet another blasphemy case surfaced on Monday as a caretaker of a mosque in Kasur was held for allegedly burning copies of Quranic verses.

According to details, the arrested man is the caretaker of a mosque in Kanganpur area of Kasur district in Punjab.

Media reports claimed that the police arrested the man and locked him up but the locals surrounded the police station and demanded him to be handed over to them so that they could lynch him.

Police told that the man named Hafiz Haroon Rasheed had been burning some papers standing outside the mosque when some villagers saw him. They alleged him of having burned the verses of Quran and immediately informed the police.

Police told the media that the man arrested has been denying the charges. He claimed that he was a Muslim and could not even think of doing such a thing. He maintained that the villagers were falsely accusing him of blasphemy. The police told that they are trying to resolve the issue with the help of local scholars. 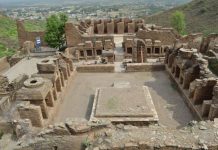 Christian stranded in Bangkok waiting for help from the international community