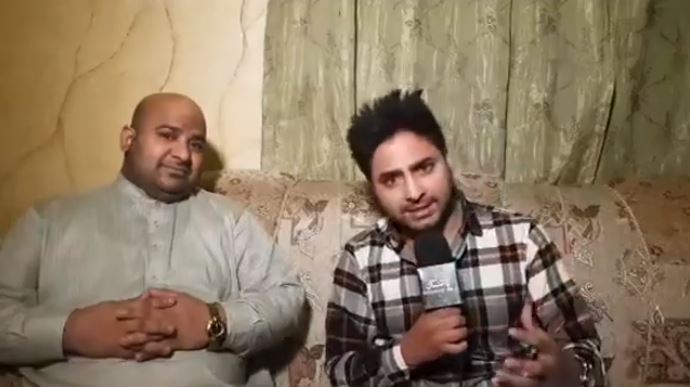 GUJRAT: (Christian Times) – Bhola Record, who had gained ‘fame’ overnight through his video with a foreign prostitute has now announced to contest election in Pakistan on Jamaat Islami’s (JI) ticket on NA-105, Gujrat. He announced in an interview with Daily Pakistan that he’ll contest the election from JI’s platform in the coming general election. It is pertinent to mention here that Pakistan Muslim League – Quaid (PML-Q) leader had also won this seat in the past and has also the chief minister of Punjab.

Talking to Daily Pakistan, Bhola Record said that he was highly impressed with Maulana Siraj ul-Haq’s personality and his meeting with the JI chief was memorable for him. “I’ll try my best to remain side-by-side with Siraj ul-Haq”, he said. He said that he had been with all the political parties and had learned that all of them were corrupt.

Talking about his infamous video, Bhola Record said that he was an unfortunate citizen whose video got leaked on social media but claimed that he wasn’t a bad person and just an ordinary businessman. He claimed that if he succeeds in impressing Siraj ul-Haq with his work then he might even be appointed as the vice amir of Gujrat.

Let’s not forget that Bhola Record is the man who gained notoriety and became a well-known figure in Pakistan after he shared his video with a Russian woman on social media from Dubai. His dialogue in the video that literally translates to ‘spent 5000 dirhams for her, sold all my property for it’ went viral on social media.