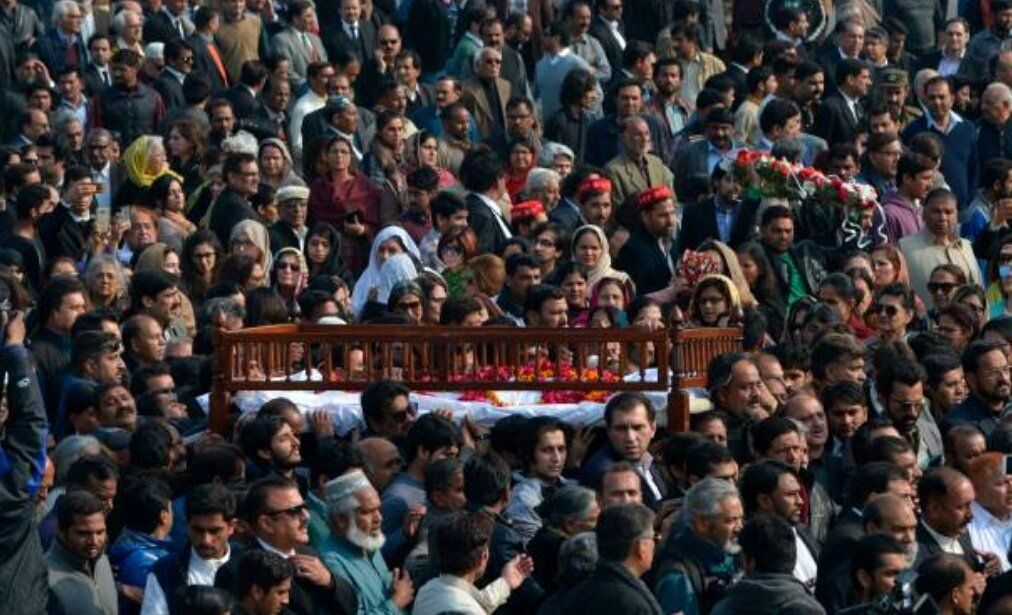 LAHORE: (Christian Times) – Renowned human rights activist and the co-founder of Human Rights Commission of Pakistan (HRCP) Asma Jahangir was on Tuesday laid to rest in her hometown of Lahore. Her funeral prayer was offered at Gaddafi Stadium and was attended by large number of women as well.

The funeral prayer was led by the Jamaat Islami founder Abul Ala Maududi’s son Farooq Haider Maududi. Later, her body was buried at her own farmhouse located at Bedian Road in Lahore.

All pictures captured by Ali Warsi

Thailand’s secret schools a ray of hope for Pakistani Christians

Successful eye operation of Sikander (the victim of tragedy of Youhanabad)