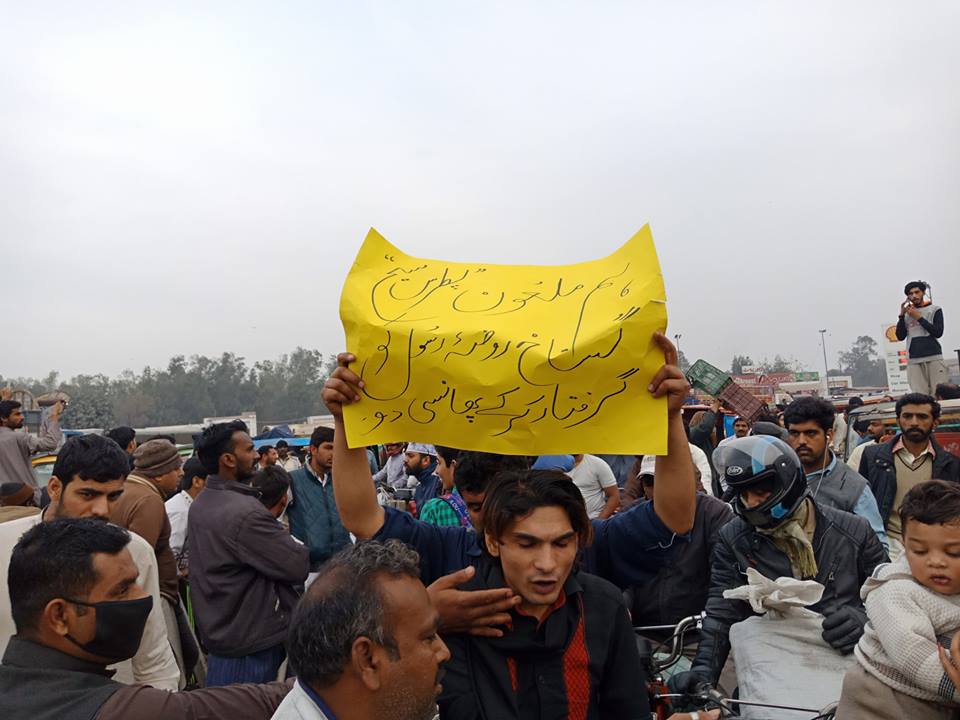 As soon as the rumour about the Christian youth sharing blasphemous content broke out, people gathered in large numbers outside his home, chanting slogans against him and demanding his arrest.

According to reports, the Muslim mob was also carrying bottles full of petrol threatening to burn the Christian house if the police failed to arrest the Christian youth. Many Christian families left their houses to save their lives. The mobsters said that the suspect had hurt their religious feelings.

The police arrived as soon as they received the information and tried to disperse the crowd. However, announcements from the local mosques continued to help the crowd swell and the protesters started marching towards GT Road. They burned the tires on the way and demanded immediate arrest of the suspect.

Police officials told that the family of the accused admitted that the youth had committed the mistake and also helped the police arrest him. After arresting the young lad, police started investigating the matter.

It is pertinent to mention here that the protests had been led by Tehreek-e-Labbayk Ya Rasool Allah supporters and Shahdra police later registered the case against the Christian Pakistani under Section 295-C of Pakistan Penal Code.

The Motive Behind Our Efforts