LAHORE: While the Muslims have worked tirelessly for the projection and promotion, as well as the expansion, of the Arabic language, there are certain Christian scholars as well whose services to this great ancient language will always be remembered for their valuable input to the language.

Although Koran is considered to be the primary source of grammar and diction in the Arabic language, these Christian scholars have identified some of the most delicate of points in the language that have actually helped understand Koran better. 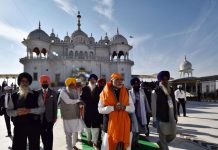 Orthodox Christmas: Why do some Christians celebrate in January?