The Minority Times
Home Christian Heroes Who is St George? Why is St George’s Day celebrated? 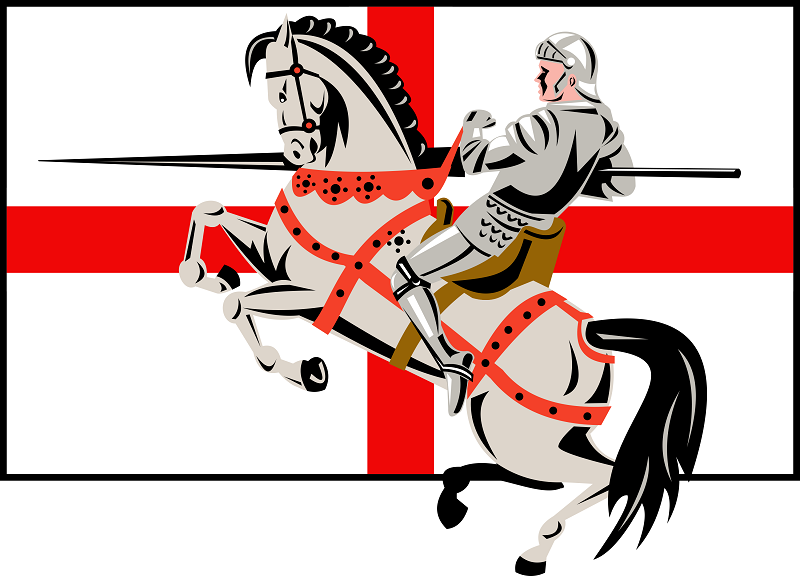 Saint George was a soldier in the Roman army back in the 3rd century AD. He was of Greek and Palestinian origin and had accepted the sentence to death, refusing to give up on his Christian faith. It was a time when the Roman Empire was a scourge upon all the peoples of Jewish and Christian faiths. There are several sites throughout Europe preserved to date where Christians of the era were often executed merely on the basis of their faith.

St George’s father and mother were both from Greece and they were Christians in faith too. His father, Gerontius, like St George, was a soldier in the Roman army and his mother Polychornia was also of the same faith and origin.

Why is St George revered among soldiers?

The reason behind St George being a military saint also lies in him being a soldier himself. He is considered one of the fourteen military saints and there is a tradition claiming that St George appeared before the armies and led the Crusaders to Jerusalem in the 10th century.

Moreover, his strength and prowess as a soldier is also legendary. He is believed to have killed a dragon in Libya to save its princess and thus converted the king and all his subjects to the Christian faith.

The earliest reference to St George in British history comes from Abbott of Iona in the 7th century. The flag of St George, a Red cross on White cloth, was also adopted by the English armies during the crusades and till date it remains the flag of England.

St George is proclaimed as the patron saint of Great Britain and many other countries across continents.

St George is considered to be a protective saint throughout the European continent. He is believed to have appeared repeatedly before the Crusading armies in the 11th century before both the French armies and the British armies in different years and on various occasions.

Why is St George’s Day celebrated?

St George accepted poison instead of recanting his Christian faith. He was a soldier and son of a soldier. Yet he chose his faith over his legion in the Roman armies. It was one of those darkest eras for the followers of Christ as they were persecuted by the Roman Empire for their faiths. However, the mighty empire came crumbling down to the faith eventually when Constantine officially accepted Christianity and declared the faith as the faith of the empire.

St George is a legend of that dark era when sacrifice was the only way the people of Christ knew in case of proclamation of their faith.

Countries of which St George is a patron saint

England, Georgia, Malta and Gozo, Portugal, Romania, Spain, Aragon and Catalon are the countries that believe St George to be their patron saint. Moreover, the Eastern Christians of Palestine, Syria, Iraq, Egypt, Libya and countries across the Middle East also revere St George as a patron saint.

Why I Believe the Bible Is the Word of God