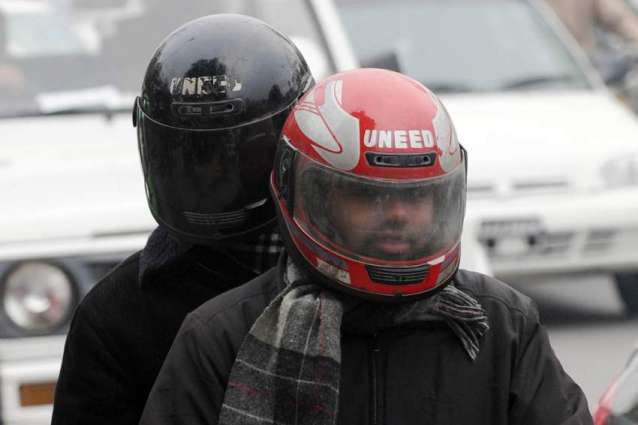 In last days as Government announced the law about wearing helmets for bikers; as it was very good law for life safety but at the same time the bikers got shocked and puzzled about this law implementation. There was a very big reason behind that confusion. The Ghost of Helmets made some mis-perceptions as well which should have not been. The very first problem was that helmet shops increased their rate so much high; according to a survey the helmet sellers increased rates 80 to 90 percent without any announcement and just to cash the situation of very need of their products. In the city of Lahore now there is a big rate of person who has bikes some of them are students, labors, low grade Government and non-Government officers. We can realize that most of them have not any big source of income but now as per law they had to purchase the helmet at any cost. I personally visited to check the increased rates of helmets on Macload road Lahore; I was amazed that they were selling 1200 rupees per helmet which had cost 300 rupees before helmet wearing law. Even I saw banner which had announcement from Government not to sale helmet of fake price just get extra money.

The second problem was from the unjust traffic police wardens. As already we have witness of many people in city traffic police many traffic wardens behave many times so unjust habitually. In some of cases some of wardens fined the persons who are not the very rich person or special position holders. They don’t even excuse to the persons who have some technical problem with their bikes and vehicles. A person told that I was going to pick my wife from duty on my motor- bike in the evening during my drive my headlight turned off because its bulb was fused accidentally at same time a traffic warden asked him to stop his bike on the roadside, he told that the traffic warden asked that why his bike’s headlight was turned off? The biker told that excused that warden and asked him to allow him to change his headlight bulb from the same place where warden stopped him but the warden didn’t listened anything even didn’t understand the situation and then fined him forcibly. The same being was being done by warden after helmet wearing law. By elaborating entire these stories doesn’t mean that this law should not be or this is good law; of course it is for the betterment of people for their life safety but after application of this law, how the simple people face the severe problems to avoid any violation of law. Our Government should detect such kind of quandaries on city or district level so that people may get more help from Government to follow rules.

How common man suffers from the bigotry of those in power...

The History of Great City of Peshawar