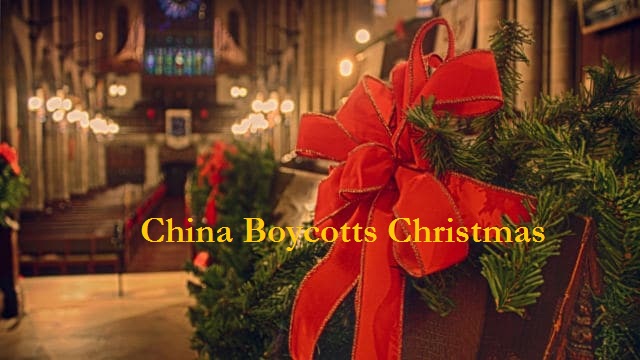 Churches have been commanded to get approvals to celebrate Christmas from multiple state institutions and people were forbidden from having Christmas decorations.

As Christmas day approaches, the Chinese Communist Party (CCP) authorities continue to intensify their control over religious activities. Churches that belong to the state-approved Three-Self Patriotic Movement have been ordered to apply for authorizations from varying levels of government institutions including the Religious Affairs Bureau if they want to celebrate Christmas in their places of worship.

A few days ago, the person in charge of a Three-Self church in Houling township, in Henan Province’s Yongcheng city in central China, protested to our reporter: “Just to celebrate Christmas, the church needs to obtain stamps of approval from several departments; else, we cannot observe it.”

According to reliable sources, unlike in previous years, this church began all the necessary preparations for Christmas as early as November. The person in charge of the church clarified: “This year, the government is demanding that in order to celebrate Christmas, churches must obtain approval from the Religious Affairs Bureau, so we applied early on.”

Though, the application process has not been smooth. At present, the church is still waiting for the results. The person in charge said powerlessly: “After village officials permitted the application, we faced obstruction when trying to get an approval stamp from the township government; they were very unwilling to do so. Subsequently, through a great deal of effort and connections, the application has been approved. But we still need to get over the final hurdle, which is the municipal Religious Affairs Bureau: only after we receive our application with the Bureau’s stamp on it, this means that we have their permission, and this goal can be deemed as accomplished.”

This new policy to control celebration of Christmas has caused believers to feel both annoyed and helpless. One of them said honestly: “Just to observe Christmas day, church representatives have to run around getting stamps. This is the government’s means of controlling and persecuting religious belief.”

In the meantime, another Three-Self church in Houling township also met the same situation.

It is cultured that this church also submitted applications to various government departments in November. The person in charge of the church said: “For the time being, the church is stable in its appearance. Following, the government will take measures to control the church; they won’t ease up. Now, to celebrate Christmas is so tough; and an application must be submitted to multiple levels (on government level). Stamps need to be acquired from the village committee, the township government, and the municipal Religious Affairs Bureau. It is uncertain what kind of suppression we will happenstance in the future.”

He also exposed that in the past, churches did not need to apply for authorization to celebrate Christmas. Also, numerous churches would celebrate Christmas together, occasionally, for several days in a row. For this year’s Christmas, even if approval is received from the authorities, the churches still face all kinds of restrictions. For instance, Christmas activities can only be held on December 25th and teenagers are prohibited from participating in celebrations religious performances.

This year apart from increasing their control over Protestant Three-Self churches holding Christmas events, the CCP authorities are also continuing to launch various campaigns to “boycott Christmas” and “reject the foreign religions.” Public security departments across China have issued bans, “prohibiting all the Christmas-related decorations and activities.” On December 15, the Urban Management Bureau of Hebei Province’s Langfang city issued an “enforcement” notice, specifying that people are not allowed to place Christmas trees, lights or other related items along the streets and strictly prohibiting stores from holding promotional events throughout Christmas season.

Pastor Liu Yi the founder of the Chinese Christian Fellowship of Righteousness in San Francisco the United States, said when speaking on the matter: “It can be summed up in one sentence: Get rid of all Christmas-related things and prohibit the people from celebrating Christmas.”

Christian Times Special Prayer Request: Please pray for Christians of China and help them by praying and social support by spreading this sad news.

The Action Against The Protesters By Interior Ministry of Pakistan 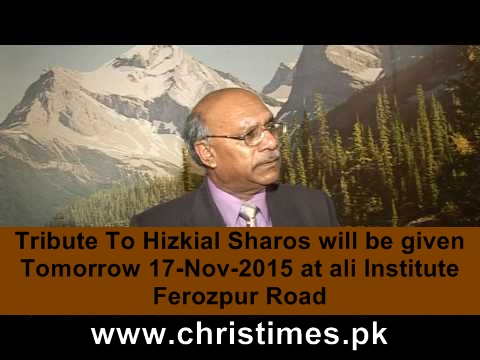 The Importance of Self-Control in Christian Life