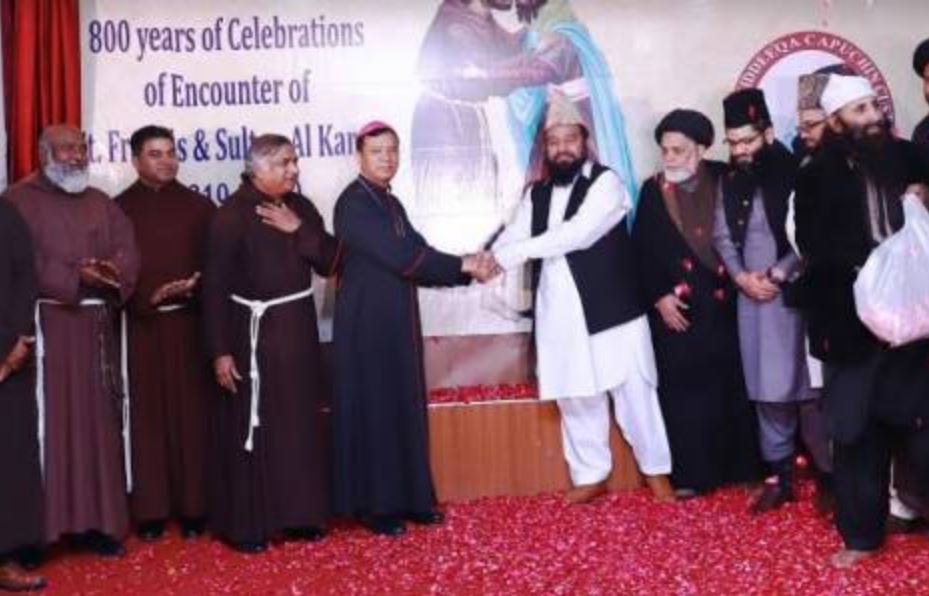 To commemorate the historic encounter between St Francis of Assisi with the Sultan of Egypt, AL-Kamil in the year 1219, Christians and Muslims held a special ceremonial launch a year of events to promote tolerance, dialogue and a common commitment to peace.

The National Commission for Interreligious Dialogue and Ecumenism, of the Conference of Catholic Bishops of Pakistan, organized the meeting with well-known Muslim scholars to inaugurate the activities that, in 2019, will memorialize the event in Pakistan 800 years ago, in the name of Islamic-Christian dialogue.

Franciscan Sebastian Shaw, Archbishop of Lahore and President of the Commission, directed over the ceremony, held on January 12 in Lahore. Fr. Francis Nadeem, Custodian of the Capuchin Friars in Pakistan, Executive Secretary of the Commission also lead the occasion. Franciscans, nuns, priests, lay people and eminent Muslim scholars from Sialkot, Gujranwala and Islamabad came to Lahore for the occasion.

Fr. Nadeem said, the two great leaders, Francis and Al-kamil, “spoke up for peace and tolerance among the atmosphere of war and conflict during the crusades. They gave an example of inter-religious dialogue and mutual understanding.”

At the start of the ceremony a painting was revealed that depicts the encounter between St Francis of Assisi and Al-Kamil, although the doves were released, symbolizing the hope of spreading the message of peace in Pakistan and especially in the areas in which there are religious and political clashes.

Capuchin Friar Shahzad Khokher OFM Cap then presented the background, the historical context and the significance of this historical meeting, and Archbishop Shaw encouraged everyone present to “be ambassadors of peace, enthused by the example shown by these great leaders”. “I admire the passion and courage of Francis of Assisi, who wanted to go to the Sultan during the war”, he said, reiterating that “this event drives us all to live in peace, harmony, tolerance and solidarity.”

Fr. Nadeem publicized that the event will be celebrated across Pakistan throughout 2019, with numerous activities: seminars for children, young people, university students, always relating Christians and Muslims.

“We also aim to reach 30% of Muslim religious leaders who are hostile to Christians, like St Francis, fearlessly, with the help of Muslims who are on our side, we wish to meet them to promote peace and harmony in Pakistan”, he said.

Maulana Muhammad Asim Makhdoom, a renowned scholar among the many Islamic leaders present, agreed: “We will encourage together the mission of St Francis and the Sultan. It is up to us to face those who spread hatred and prejudice among religions. We have to commit ourselves seriously this year in order to convince other people to join this movement that promotes inter-religious dialogue, peace and social harmony as we celebrate the 800 years of that historic encounter.”

The ceremony ended with a common prayer for peace recited together by the assembly. 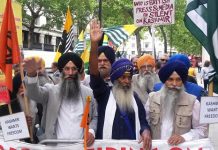 Sikh community to join in protest against India in London