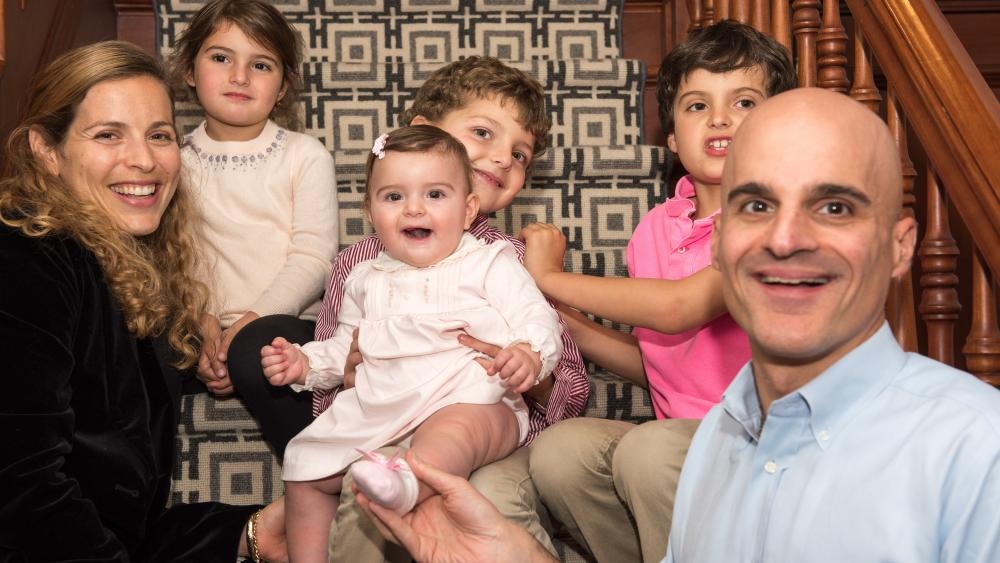 A Jewish businessman and philanthropist are giving millions of dollars of his wealth to help Christian missionary doctors in Africa.

Mark Gerson and his wife Rabbi Erica Gerson are giving $5 million over the next 10 years to fund Christian mission teaching hospitals across Africa.

“The Torah tells us, more than it tells us anything else, it tells us 36 times in various ways, to love the stranger,” Gerson told CBN News. “When my wife, who is a rabbi, and I think about how best we can discharge that Jewish obligation to love the stranger, we are drawn to the most effective and efficient way to do so which is to support the Christian medical missionaries who are providing care to the poor in Africa.”

Working with Africa Mission Healthcare Foundation (AMH), Gerson hopes the funds will give Africans access to quality, compassionate healthcare for generations to come.

According to medical experts, The Christian missionary hospitals provide one-third of the medical care in Africa. Gerson says these institutions are vital lifelines for the continent.

“These institutions are not only a vital lifeline, but they are often the only place where the African poor can come to get any kind of medical care,” Gerson noted.

“Mission hospitals are increasingly offering progressive training to surgeons, family physicians, pediatricians and mid-level providers, such as nurse anesthetists,” Dr. Jon Fielder, co-founder of African Mission Healthcare, said in a statement to CBN News. “Trainees come to these educational centers of excellence from the host and neighboring countries.”

Fielder says the $5 million financing from the Gersons will, over the next decade, be used to strengthen two Christian mission teaching hospitals in Africa.

“This unbelievable gift from the Gersons will allow us to support two young, growing mission teaching hospitals, and each of those facilities will receive $250,000 every year for 10 years to help them solve a variety of problems like water, power and internet and scholarships for their workers and housing,” Fielder told CBN News.

The Gersons are no strangers to Africa. In 2016, the couple recognized the L’Chaim Prize for Outstanding Christian Medical Missionary Service. Africa Mission Healthcare says the $500,000 prize money award is “the largest for direct clinical care in the world, (and) supports the life-saving efforts of a long-term medical missionary and his or her home institution.”

The first L’Chaim Prize award in 2016 went to Dr. Jason Fader, an American medical missionary serving in a remote village in Burundi.

The 2017 prize went to Dr. Russ White, a cardio thoracic surgeon at Tenwek Hospital in Kenya.

The 2018 recipient was Dr. Rick Sacra who risked his life to serve patients at the height of 2014 deadly Ebola virus outbreak in Liberia. Sacra constricted the disease, and narrowly survived. Months after recovering, he was back helping patients at the Christian hospital in Liberia’s capital city.

“These people are moral superheroes,” Gerson said referring to Sacra and other missionary doctors serving in Africa. “The gift they give to humanity is extraordinary and if I hadn’t seen it I wouldn’t have believed it.”

“These are true superheroes that are devoting their entire lives to live in conditions that most of us would consider impossible to provide the indispensable care for the African poor,” Gerson added.

In addition to the prize money, Dr. Sacra is also one of the beneficiaries of a matching grant corporation between AMH and the Christian Broadcasting Network (CBN), which is providing $2 million for eight mission teaching hospitals in Africa to expand care, training and infrastructure.

Learn more on how you can support the work of medical missionary doctors in Africa here.

Fatal Ethiopian Plane Crash Kills All 157 on Board

Christian tourists in Saudi Arabia at risk if they display their...