Australia: (Pakistan Christian Times) The British Pakistani Christian Association (BPCA) is supporting grooming survivor and Australian citizen, Lara Hall who was groomed into going over to Pakistan in 2018 by Sajjad Khan and his malevolent family. For those who have not read her harrowing story please watch her as she shares her harrowing account here:

Not even single Australian TV Channel has shared the story of Lara’s plight despite a media frenzy through publications across the globe. Bravely Lara shared her account at Catch the Fire Ministries in Melbourne on Saturday 16th February 2019

Lara was intensely let down by her own government who continually ignored her desperate cries for help. Lara along with BPCA are determined to challenge certain protocols which permitted these horrifying abuses to occur to a vulnerable woman stranded in Pakistan. The “Consular service Strategy” 2018 – 2019 states that Australian diplomatic services render a “world class” service. However, Lara’s experience was far from emulating the “world class” standard outlined in this strategy.

Lara reached out several times before leaving her groomer’s buildings under police guard. Each time she was let down. She explained her precarious situation including that her visa was lapsed and that she was imprisoned and they told her in a clearly generic email to simply rely on local authorities, “Move to a safer location” and, despite her telling them her visa fears, they nonchalantly just told her to ensure her visa was up-to-date.

When she left her abuser’s custody under police defense, they were contacted by the Factory police in Lahore, Cantt. Lara’s phone was cut off immediately by Sajjad and his family (a claim they deny but confirmed by her Ufone provider) and so initially there were some difficulties in getting hold of her until she managed to reacquire access to her phone through a wifi connection. When they reached out to her they again simply stressed she rely on local authorities/strangers to remediate her visa situation. They did not offer any monetary, legal or emotional support.

Lara’s Sister Amy Hall kept up an open channel of communication with Sajjad in order to see what was going on his “crazy” mind and ensure Lara was kept safe. Sajjad continued with his grand, baseless and absurd promises. Sajjad loves to make grand promises and have his ego fuelled. Amy fabricated to be friendly with him and praise his ego as he continued to promise grand lies. This was Amy’s strategy of keeping him on side. This is a man who loves to be praised, adored, and given female attention – a true narcissistic personality at its worst. In a flurry of confronting, bizarre and crazy texts, Sajjad told Amy that Lara was at grave risk of human trafficking, that he had hired investigators to track her and that Amy needed to work with him to ensure he always knew where Lara was. Sajjad also presented an Urdu document which he alleged was evidence he had acquired which was allegedly proof of Lara’s new hosts’ intention to human traffic her.

Lara was frightened and stayed awaken many nights wondering if what he was saying was true or was more crazy lies from a warped/delusional mind. Both Amy and Lara reached out to consular services and asked for (a) a translation of the Urdu document (b) protection from Sajjad as he continued to try to track her and induce fear. She was failed on both accounts. A local person eventually managed to line by line translate this document and it appeared to simply be her initial basic First Information Report (FIR). Sajjad continued to engage in scary behavior, contacting Amy when Lara left AFOHS telling Amy that he knew where Lara was now and that she had relocated and he was following her movements. Given that he was fairly close to identifying where she was, Lara was terrified that he was close to finding her. This time he claimed that her new hosts wanted to entrap her in a prostitution ring. Again, Lara wondered if Sajjad was sprouting more crazy ideas as a fear tactic or whether he was true. Her government only confounded her isolation by failing to offer any tangible support. She wrote a long and detailed email expressing her fears of being human trafficked. No response from the Australian Commission in Islamabad or the emergency consular services in Canberra can be located.

In many WhatsApp chats Lara explains how terrified she is and how she has just emerged from what can only be “characterized as a hell on earth.” She expresses her need for help and how mentally distressed she is. These clear cries for help were also ignored. She was told consular staff does not render any emotional, legal, financial or other assistance.

As Lara faced the risk of imprisonment for overstaying her visa, human trafficking, being tracked by her abuser, among a myriad of other concerns, the Australian consular services continued to ignore her plight. When she was in Islamabad to remedy her overstay fines, she begged them for assistance and asked to simply meet with them as she faced a very terrifying prospect. They did not tell her about their emergency grant which might have helped ameliorate some of her concerns. They also did not allow her to meet with them and simply said they were “too busy” and could not offer any help – a sure indictment on the Australian government consular services abroad. Improved training for consular staff on sexual assault, mental health, grooming and abuse is long overdue.

Establishing a call center manned by volunteers who can call this service not only for counseling and reassurance as a liaison between them and the consulate, high commission; and other diplomatic services on the grounds of statutory authorities. This call center will be empowered to provide small emergency grants to help with the escape (BPCA will help raise funds for this purpose particularly where people are struggling to repay loans). We recommend the call center be called Safe Exits International. There is a precedent for this, victims of domestic crime can turn to the group VOCAL to act as a liaison but there is hitherto no international equivalent. This call center would give advice to people travelling overseas, would help be a liaison to any person like Lara dissatisfied by consular help overseas, and would provide counseling during and after any grooming experience.

2. Victims of crime compensation to extend to victims of international crimes including what Lara experienced which is grooming, kidnap, rape, abuse and the fear of human trafficking

3. Adjustments to the current Smart Travellers guidelines to clearly advise on the risks of human trafficking, grooming, mental health etc

4. Adjustments to the Consular Services Charter to include reference to cases of human trafficking and grooming because we could not identify any references to these matters

5. Grooming legislation to deal with domestic and international cases of grooming. Lara and BPCA would be involved in drafting this legislation.

6. Continual dialogue with Lara, the BPCA and DFAT to re-assess and evaluate the effectiveness of changes and maintaining longitudinal data to ensure a sound accountability infrastructure and where changes are needed in future, a panel should be composed with Lara and BPCA involved assessing the viability of these proposed changes. Lara would be at the helm of drafting this legislation. She is a qualified lawyer. She obtained an Honors Degree and was in the highest 30 students at the University of Notre Dame Australia and was the recipient of countless honors and awards.

On Wednesday 13 February, 2019 BPCA and Lara met with very high level officials from DFAT in Canberra. These DFAT officials were apologetic, open, and willing to accept culpability and work with BPCA moving forward. The meeting was a resounding success. BPCA has been invited for a second meeting to discuss any changes in government protocol. This is a very positive step forward and signals DFAT’s willingness to embrace Lara’s Amendment. However, continued pressure is needed to ensure that recommendations are enshrined in new protocols. Unless Australia wishes to set the precedent that Australians in peril are alone and forced to rely wholly on perfect local strangers and services in sometimes dangerous situations, reform is desperately needed here!

Lara was also profoundly let down by some Pakistani bodies and authorities. Lara was failed by the Punjab Commission on the Status of Women who, despite being told of her desperate plight, merely simplified it and told her in an off-the-cuff fashion to go the local authorities despite her visa fears and the fact she was being kept against her will. Furthermore, Pakistan’s interior ministry failed Lara too. When Lara eventually managed to go to Islamabad to clear up her overstay fines – officials treated her abysmally. They did not want to hear out her story, consider any waiver to her $400USD fine despite the fact that it was incurred without any personal fault in circumstances where Lara had no ability to renew the visa as she was entrapped. She was threatened with imprisonment, made to wait hours, yelled at and told she was wasting their precious time which culminated in her eventually being granted by the Grace of God a one month extension with a 10 day grace period for the overstay fines. Surely Pakistani authorities should have the power to waive visa overstay fines in such extenuating and horrific circumstances. If Lara was not entitled to a fee waiver, it is hard to imagine who would be! At the very least the reprehensible way in which they treated her and exacerbated her agony is condemnable.

BPCA and Lara also met with officials at the Islamic Republic High Commission for Pakistan. BPCA and Lara discussed their concerns around Lara’s treatment at the hands of Pakistani authorities and was invited to engage in discourse around recommendations for change. Lara also highlighted her concerns around safely being able to travel back to Pakistan to prosecute her case – BPCA are now in talks with the Commission to discuss the provision of a security detail while Lara returns to fight her case. Lara and BPCA wish to continue to pressure Pakistan to ensure justice for Lara and any other grooming victim.

Catch the Fire Ministries invited Lara to give her compelling account of what occurred to her in Pakistan. On Saturday 16 February Lara presented a profoundly moving talk to the congregation at Catch the Fire Ministries congregation. Lara has galvanized significant support for her cause in Australia and her bravery is a testament to the survival of the human spirit against extraordinary odds.

BPCA President, Wilson Chowdhry, speaking of Lara’s horrifying ordeal states: “Lara is clearly a courageous and tenacious young woman who was forced to rely on perfect strangers when her own government failed her and failed to render the adequate assistance that would be expected of any government in such a situation.

A Car Explodes in Karachi Khadda Market No Causalities Reported 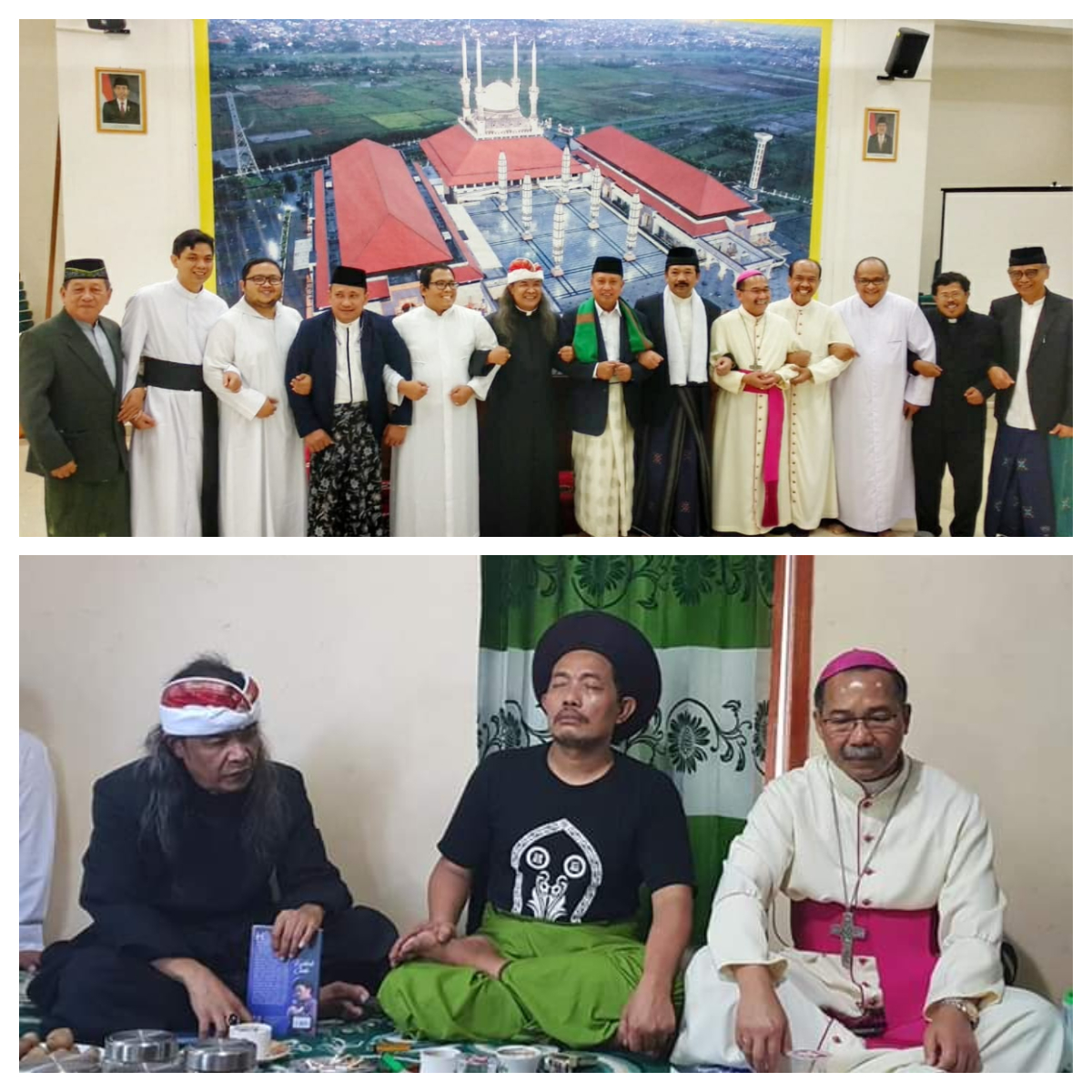