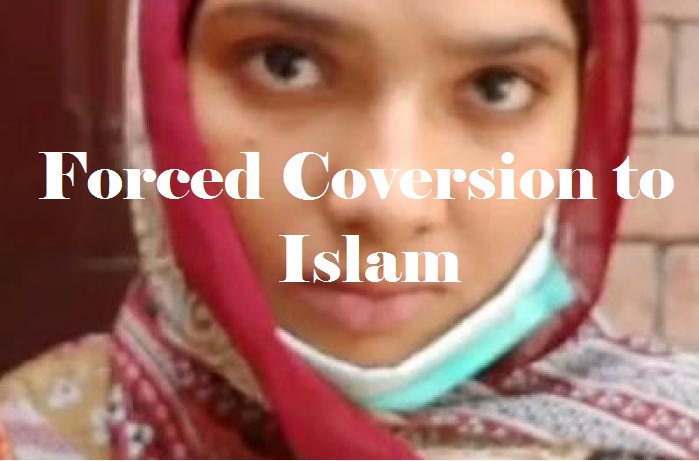 A 15 years old Christian girl named Shalet Javet who was kidnapped, sold to a Muslim and forced to marry him is to be handed back to her parents in Pakistan.

That minor girl also had to suffer a forced conversion to Islam before the illegal marriage to Zafar Iqbal in February.

The Police took the girl into Lahore High Court on 10 April and Justice Tariq Saleem Shaikh ordered she be reunited with her parents.

During her statement, in lots of tears but with great bravery, she stood before the high court judge of Lahore and told her terrible story of torment and repeated rapes. Through the British Pakistani Christian Association (Bpca) volunteer who is following her case, she said: “It is not correct that I converted to Islam by my choice, I was forced under threat. I never gave up my hope. I kept praying to God and I begged him to free me from my shameful bondage.”

Furthermore, the young woman said she managed to escape, and then asked a passerby to make a phone call with her cell phone. So she called his parents Tasleem and Javed Masih who immediately rushed to her aid. She said to the magistrate: “I was used as a sex slave tortured and brutalized to satisfy my husband. I thought my life was lost, until I had the chance to escape.” 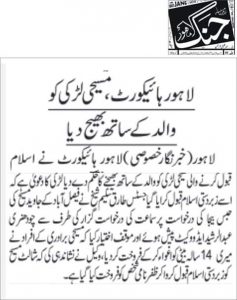 She was abducted in nearby Faisalabad and having purchased her, Iqbal renamed her ‘Ayesha,’ at his own then and married her despite the girl being two years under the legal age, which is 16 for women in Pakistan.