Home Christian News 8 out of the 9 Easter bombers identified

Colombo: Police notes that eight out o f the nine Easter bombers have been recognized. According to the Police Media Speaker SP Ruwan Gunasekara, this information has been exposed by the Criminal Investigations Department.

Above 60 suspects have been arrested in connection to the Easter Sunday attacks. Police media noted that 32 suspects are currently in the custody of the CID. Another 4 suspects are in TID protection.

The Police noted that operations are continuing in search of accused people and doubtful vehicles. It was noted that 3 suspicious packages and 2 motorbikes were subject to controlled, detonations by the forces during operations today. 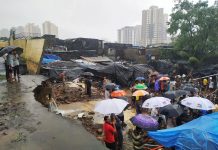