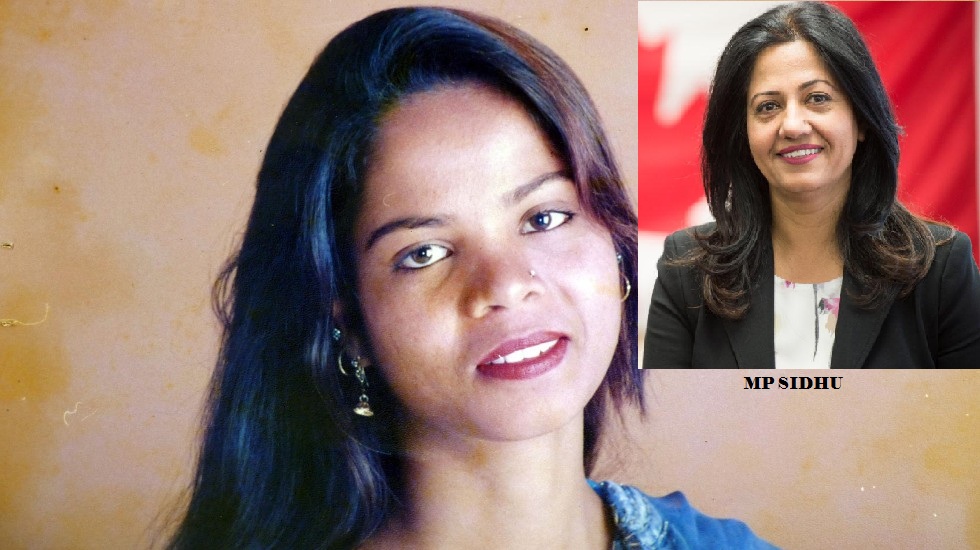 Brampton, ON – Asia Bibi, a Pakistani Christian who spent eight years on death row over allegations of blasphemy before being acquitted last year, was provided refuge in Canada by the Trudeau government.

Since her acquittal Asia Bibi had been facing death threats from radicals who opposed the nation’s Supreme Court verdict which overturned the charges against her. Since then Prime Minister Trudeau had been in talks with Pakistan’s Government to see what Canada could do to help someone who had been through so much and who feared for her life.

The Member of Parliament from Brampton South, Sonia Sidhu, is extremely happy that her government did what it always does: stand up for human rights.

She is looking forward to helping Asia Bibi however she can to settle in to her new life here.

“I, along with our entire government, have vowed that we will never waiver from what we promised to do from day one – and that is to stand up and defend human rights in Canada and around the world.”

“Asia Bibi has been through a terrible ordeal, and I am proud to be part of a government which made a stand for her. I am happy to welcome her to Canada, to her new home, and I will always be here to help her however I can.”

It is a lie to declare blasphemy law as non-discriminatory: Farhatullah...