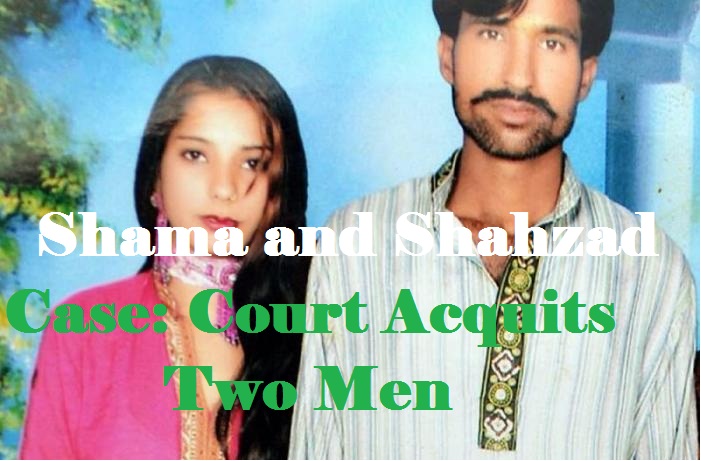 Lahore: The High Lahore Court has acquitted two men accused of killing and burning alive Shahzad and Shama Masih, a poor Christian couple they supposed to be guilty of blasphemy.

In 2016, the Lahore Anti—Terrorism Tribunal had sentenced the two to death, along with three other people, in connection with the double murder. The High Court confirmed the death sentence of the other three.

“The killing did not take place secretly in some remote area of ​​the country. The whole village was present,” says Hamza Arshad, educator and journalist. “There were many witnesses. Though someone did not participate, everyone knew, including the police.”

Those acquitted persons are Muhammad Hanif and preacher Hafiz Ishtiaq; the other three are Mehdi Khan, Riaz Kambo and Irfan Shakoor. In March 2018 the same court freed another 20 accused, giving them the benefit of the doubt.

The religiously inspired double murder took place in 2014. The couple was stoned and thrown alive into the brick kiln where Shahzad worked. The incident began on 4 November 2014 when a mob of 400 people attacked the two after they were blamed of blasphemy.

In fact, the charge of insulting Islam was an act of revenge by Christian laborer’s Muslim employer over an unpaid debt. At the time of the attack, his wife was pregnant with their fifth child.

“We live in a country where a High Court judge is forced to flee after sentencing the killer of the governor” of Punjab Salman Taseer, Hamza Arshad explains. Although, the release of Asia Bibi is good news; yet events show the influence of extremists,” but “The state had to show its power.

In his view, the outcome of the Masih case “may be due to poor prosecution or blindness of justice” vis-à-vis “marginalized communities”.

For Naveed Walter, The president of Human Rights Focus Pakistan, “it is shocking that five years have passed and justice has not been given to the victims’ family”. Miserably, “numerous cases regarding minorities are still pending from years in courts.”

It is well—known that in the cases where minorities are victimized the process of justice becomes prolonged due to the influence of religious groups on judges.” In the end, “postponing of justice is actually an encouragement of criminals.”

Samson Salamat, president of Rwadari Tehreek, an Interfaith Movement for Tolerance, notes that “The acquittal of two of five defendants is a disappointment for already frightened religious minorities, and this forces them to believe that justice will not be served in the case of the other three accused.”

“Rwadari Tehreek is concerned that the justice system will fail to offer relief to minorities in cases of attacks against their lives, places of worship and other properties.” In light of this, “We request the honorable Supreme Court to check the pressures of the radicals in the case of Shama and Shahzad because this kind of stress has been visible in many similar cases.”