Home Featured News Islam has nothing to do with terrorism: Imran Khan said 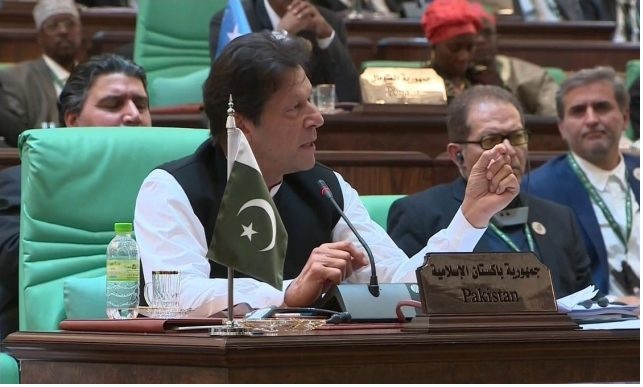 The OIC should stand for the sentiments of the Muslim world and make it known to the world how much love and respect we have for our Holy Prophet (Peace Be Upon Him), says Prime Minister of Pakistan Imran Khan.

The leaders from across the Organization of Islamic Cooperation (OIC) met in Saudi Arabia early Saturday for the 14th session of the Islamic Summit.

Prime Minister Khan started his initial speech at the OIC by raising the issue of Islamophobia, saying that “Islam had nothing to do with terrorism.”

He said he felt the reaction from the Muslim Ummah and OIC was lacking when someone from the West blasphemed the Prophet (PBUH).

“The OIC us heads of states owes a responsibility to the Muslim world; when somebody blasphemes our Prophet (PBUH), it is a failure of the OIC that we have not been able to clarify to the western countries the love and affection we feel for our Holy Prophet (PBUH),” said the premier.

“We must explain to Western countries through platforms such as UN that they cannot hurt the religious feelings of 1.3 billion people under the garb of freedom of expression,” he said.

He advised the leaders present at the summit to stand against the oppression of Muslims in the world and said the atrocities and barbarism against Muslims must end.

He also called on the OIC to stand up against the oppression of Kashmiris and Palestinians.

“The Kashmiris are making a political fight for their freedom and they must be given their right to self–determination,” he said.

Before the summit, the Prime Minister of Pakistan met Saudi Crown Prince Mohammed bin Salman and the presidents of Egypt and Afghanistan.