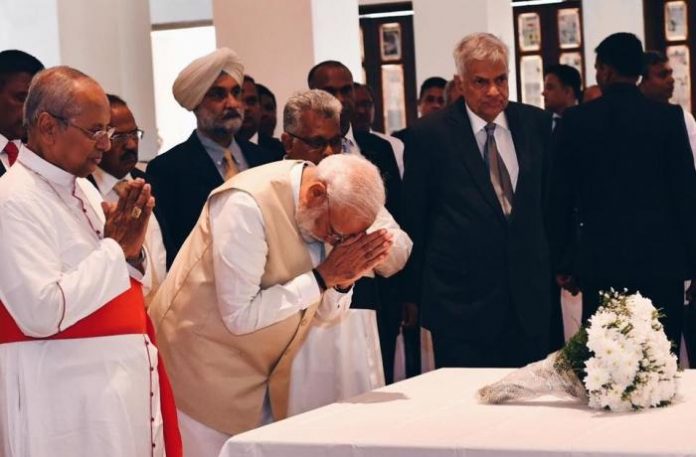 Colombo — The new elected Indian Prime Minister Narendra Modi has paid tribute to the victims of the massacres committed on Easter Sunday in Sri Lanka. During a five-hour lightning tour, yesterday he went to visit the shrine of St. Anthony in Colombo, in the Kochchikade district, one of the three Christian churches which was the scene of the assaults that killed 257 people. Then he attended a lunch set up in his honor and conversed economic, strategic and tourism collaboration with the leaders of island.

Narendra Modi is the first international leader to pay tribute to the victims of the April 21, 2019 massacres. During the visit, he was joined by the Sri Lankan Prime Minister Ranil Wickremesinghe, by Card. Malcolm Ranjith, Archbishop of Colombo, by the administrator of the sanctuary and the coadjutor priests. 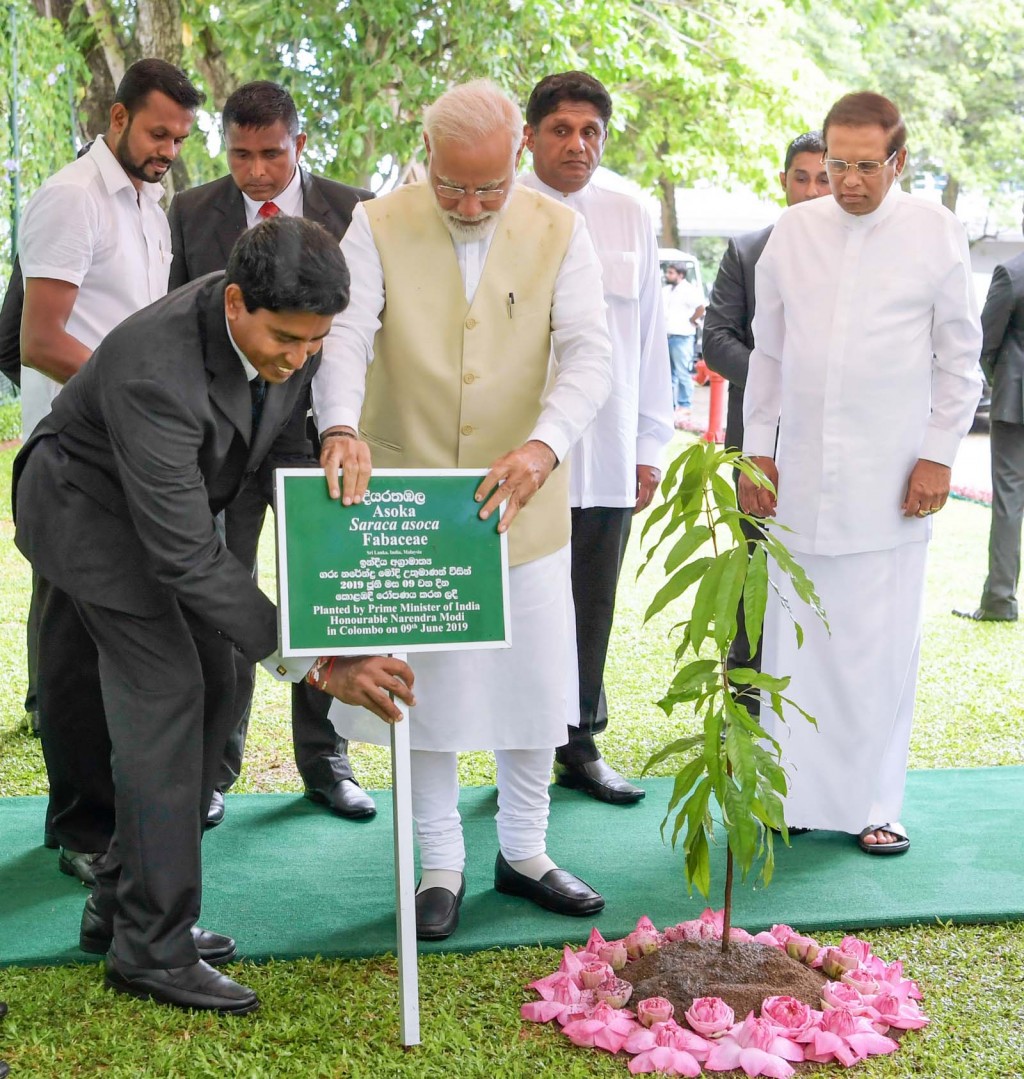 The prime minister’s twitter account read: “Started the Sri Lanka visit by paying my respect at one of the sites of the horrific Easter Sunday Attack, St. Anthony’s Shrine, Kochchikade. My heart goes out to the families of the victims and the injured, I am confident Sri Lanka will rise again. Cowardly acts of terror cannot defeat the spirit of Sri Lanka. India stands in solidarity with the people of Sri Lanka”. 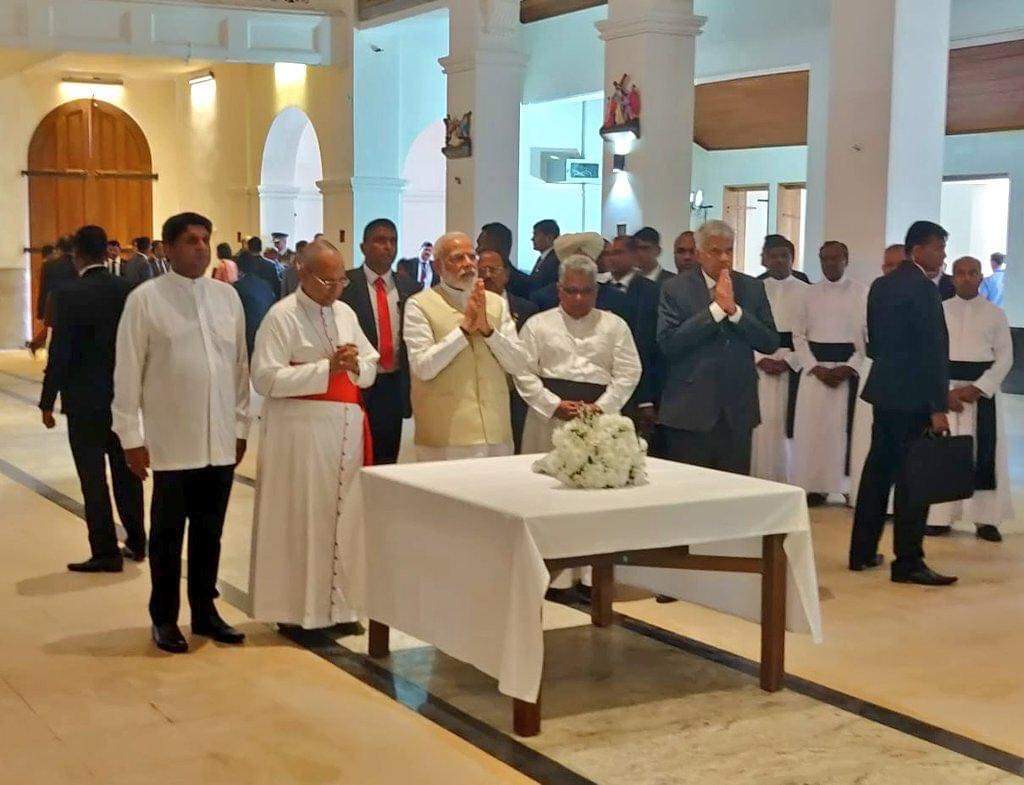 Throughout the visit, the second leg of his second term (the first was the Maldives), the prime minister received a warm welcome from the island’s highest authorities. With President Maithripala Sirisena, the Indian leader spoke the fight against terrorism, security and economic development. Modi assured Prime Minister Wickremesinghe of India’s full support in fostering economic ties and strengthening the bilateral partnership. “These partnerships — he said — include projects aimed at the people of Sri Lanka.” 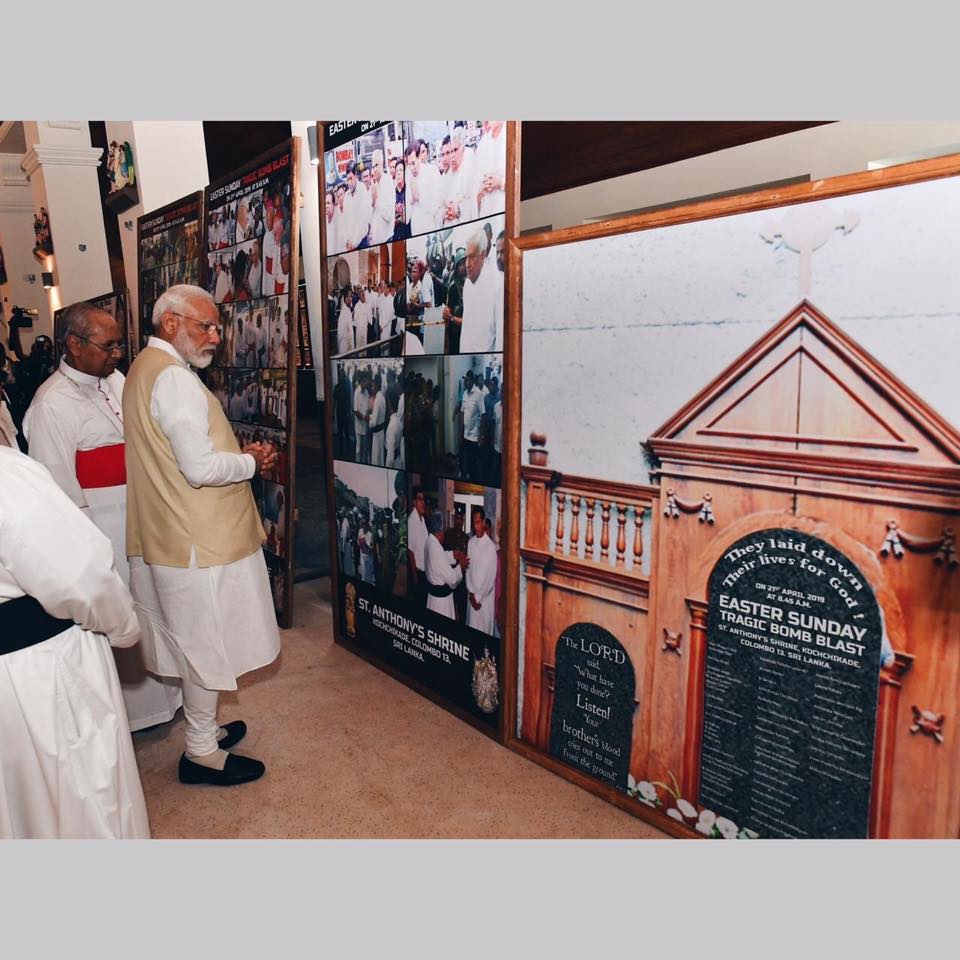 A leading exponent of Hindu nationalism Prime Minister Modi is much criticized at home because his policies seem to favor Hindu fundamentalism and violence against minorities. Christian and Muslim communities complain that the sectarian attacks have increased since he came to power in 2014. The same election campaign for 2019 was marked by numerous episodes of intimidation and religious discrimination.

Persecution of Christians in India Will Rise in 2019: Christian Outfit