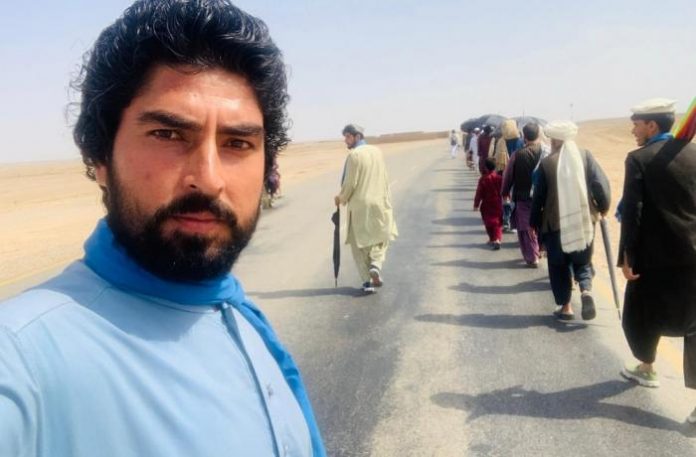 Kabul — “I told the Taliban that the people of Afghanistan want peace,” said Bismillah Watandost. For a few days, the spokesman for the People’s Peace Movement (PPM) was one of many activists held by the armed fundamentalist group before he was freed yesterday.

Talking to AsiaNews about the three days in the Taliban’s hands, he said that the most important thing for him was “the chance to meet and explain the reasons for our movement. The Taliban believed we were financed by the United States or had ties with some foreign NGOs. But no: we are an autonomous group from Afghanistan’s civil society that wants peace and a ceasefire.”

The activist clarified that the peace march initiated with 27 activists on 30 May, setting off from Lashkar Gah, capital of the southern province of Helmand, headed to Musa Qala, a Taliban stronghold in the north. During the journey, the group received warm support from villagers they met.

On 3 June, 2019 the marchers reached Nawzadrod, a village in Nawzad District. That day, Bismillah noted, “the police launched an attack whilst we were in the village, so we found ourselves in the crossfire. The Taliban thought we were part of the military force and at the beginning held nine of us.”

Later, the activist along with three other members of the group met a Taliban leader. “Besides me, we had Iqbal khyber, head of the group, Ghulam Sarwar Ghafari, the oldest member of the movement, and Farhad Adil. We met the leader who believed we were part of some organization linked to America or to General John Nicholson (former NATO commander in Afghanistan). Our movement belongs to no one; it is only a march for the Afghan people.”

The activist is deep to point out that the group was well treated. “We were not held in prison, nor subjected to any form of punishment. We sat with them and talked peacefully. We stressed that we do not want war and that the people lack essential things, such as electricity and medical care.”

Fearless, Bismillah said “We will not stop, despite what happened and the blisters on our feet. We will remain to carry our message of peace.”

Lahore: Woman accused of blasphemy for not agreeing to unethical relationship