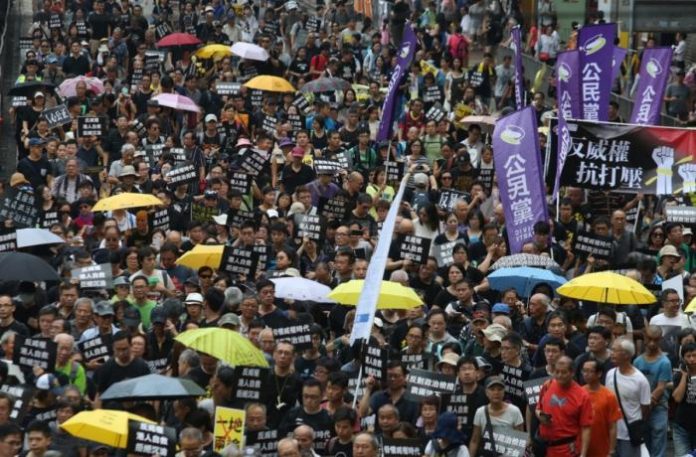 Hong Kong: Young people and protesters took to the streets to defend Hong Kong’s constitutional freedoms must “exercise restraints by voicing their moans in a rational, peaceful manner.”

In the similar way, the executive and the police of the Territory not to resort to any acts of violence which is not only against law and order; but also undermine peace and social harmony.

This is why the representatives of the six major religions of Hong Kong are asking for in an appeal published about the clashes and demonstrations in recent days.

The “Colloquium of the Six Religious Leaders” of the Territory is a body that brings collected the leaders of Buddhism, Confucianism, Islam, Protestant Christianity, Taoism and Catholicism (in the Chinese world, Catholics and Protestants are considered members of different religions).

Presently, the representative of the Catholic Church is Card.  John Tong Hon, bishop emeritus of Hong Kong chosen by Pope Francis Apostolic administrator of the diocese awaiting a new prelate.

In the document, the leaders ask the population to “not to resort to any acts of violence which are not only against law and order; but also weaken peace and social harmony.”

The former British colony, the parties warn, “not to resort to any acts of violence which are not only against law and order, but also undermine peace and social harmony.”

The pilgrimage that neutralizes Pak-India tensions

Why Christianity Is True but Mormonism Is Not: A Dozen Reasons