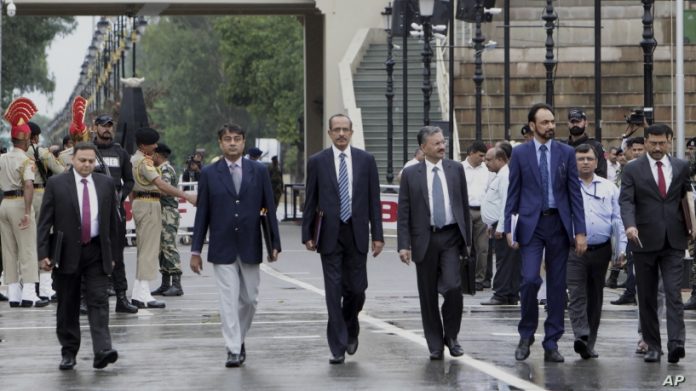 ISLAMABAD: High-level delegations from the two nuclear — armed rival countries met Sunday on the Pakistani side of the Wagah border checkpoint to discuss what is named the “Kartarpur Corridor.”

The number and safety of pilgrims as well as infrastructure were among the issues on the agenda.

Pakistan and India have settled to “expeditiously” work out issues related to a new border crossing that would allow Sikh pilgrims visa — free entrance to one of their holiest temples in Pakistan.

The temple, well-known as Gurdwara Darbar Sahib Kartarpur, is one of the holiest sites in Sikhism and it is expected to have been built on the final resting place of Guru Nanak, the founder of the religion, who died in the 16th Century.

The chief of the Pakistani delegation told a post-meeting news conference that both sides have fixed most of the issues and another meeting would be compulsory before a final agreement is reached.

“We had in depth and productive dialogues on the proposed draft agreement and agreed to expeditiously finalize the modalities for operationalizing the Kartarpur Corridor in time for the 550th anniversary celebrations,” Mohammad Faisal said.

India and Pakistan are targeting to make the corridor operational by November, ahead of the commemoration of the 550th birth anniversary of Guru Nanak. 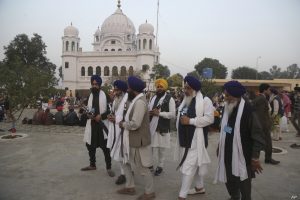 The Sikh minority community of India has long sought easier access to the temple in Kartarpur. Presently, pilgrims must first secure visas, travel to the eastern city of Lahore or other major Pakistani destinations before driving to Kartarpur. Political pressures between India and Pakistan often make it difficult for citizens of both the countries to secure timely visas.

Pakistan and India decided late last year to open the Kartarpur corridor, which will lead from the Indian border straight to the temple, with sides fenced off.

The improvement toward opening the new border crossing later this year marks a rare example of cooperation between the two countries, which have fought three wars against each other and came close to a fourth one in February this year.

Most of the clashes stemmed from the divided Kashmir region, claimed by both sides in its entirety and it continue to be the primary source of regional tensions.