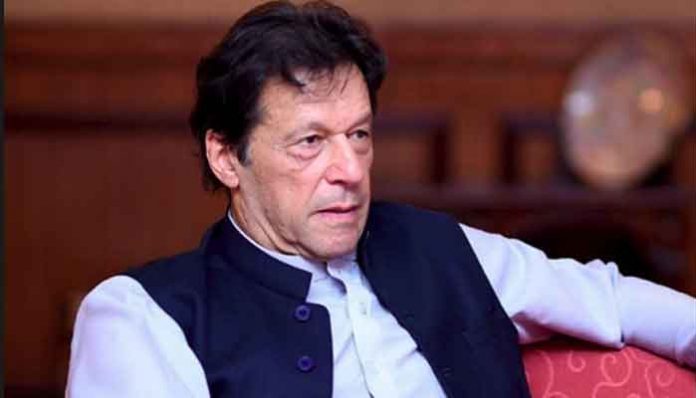 ISLAMABAD: Pakistan’s PM Imran Khan on Monday labeled the practice of forced conversions as “un-Islamic” and said there was no precedent in Islamic history for forcefully converting others.

Khan vowed to protect and develop worship places of minorities in Pakistan, addressing an event in connection with National Minorities Day at the Aiwane-Sadr (President’s House) in Islamabad.

Khan said the Prophet of Islam (PBUH) himself had given minorities’ religious freedom and protected their places of worship.

“Then how can we then take it into our own hands to forcefully convert someone to Islam — either by marrying (non-Muslim) women or on gunpoint or to (by threatening to) kill someone because of their religion?” he asked.

“All these things are un-Islamic.

If God hadn’t given his messengers the power to impose their beliefs on someone, who are we? to do so?” he asked.
PM Khan restated his commitment to build Pakistan on the model of

‘State of Medina’, ensuring; rights to people, rule of law and provision of amenities to citizens at equal level.

The Prime Minister said his government is committed to open the Kartarpur corridor for Sikh community on 550th birth anniversary of Guru Nanak (November 12).
PM Khan’s powerful message comes among growing cases of conversion of Hindu girls in Sindh province.

The Human Rights Commission of Pakistan in its report in April raised concerns about occurrences of forced conversions and marriages of Hindu and Christian girls, saying around 1,000 such cases were reported in Sindh province only last year.

US gives half a million dollars to India, Sri Lanka to...