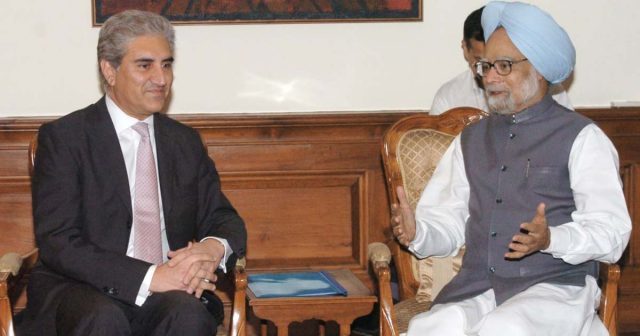 The Foreign Minister of Pakistan Shah Mehmood Qureshi said, his country decided to invite Manmohan Singh “after consultations”, a move which is seen considered as a diplomatic bid to isolate India’s nationalist Prime Minister Narendra Modi.

Qureshi said in a written statement ,“I, as the foreign minister of Pakistan, invite Sardar an honorific to all Sikhs Manmohan Singh to attend the inauguration ceremony of this (Kartarpur corridor),”.

Ahead of the 550th birth anniversary of Baba Guru Nanak, the founder of Sikh religion Pakistan and India are set to open the Kartarpur border, which connects Pakistan’s northeastern Narowal city to India’s western Gurdaspur district.

Qureshi said a written invitation would also be sent to the two-time Indian premier.

The celebrations are set to be held in November in Pakistan.

Kartarpur Sahib Temple is one of the most revered temples for the Sikh community as Baba Guru Nanak spent the last 18 years of his life there.

Pakistan also invited the Sikh community from across the globe, including India to attend the celebrations marking the birth of Baba Guru Nanak.

The distance between the temple and Gurdaspur is merely 3 kilometers (2 miles) but the closure of this crossing costs Sikh pilgrims from India to travel hundreds of kilometers, via Amritsar and Lahore, to reach here.

Indian-administered Jammu and Kashmir has been under a near-complete lock-down since then, with the government blocking communication access and imposing restrictions on movement to thwart any protests in the region.

Tensions between the two South Asian nuclear neighbors have mounted following the Indian government’s move on Aug. 5 to scrap the special status of Jammu and Kashmir.

New Delhi said that 93% of the restrictions have been eased in the conflict-ridden region, a claim that Anadolu Agency could not independently verify.

The Christian People the Peaceful Community 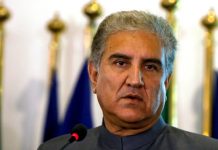