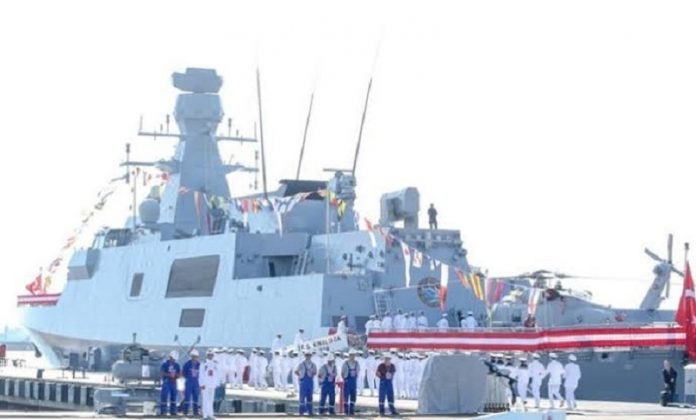 ISTANBUL: A construction has started by Turkey of a naval warship for Pakistan, state-owned Anadolu Agency report Sunday.

The warship commissioned for the Turkish navy is named TCG Kinaliada while the one being built for Pakistan is named MILGEM, according to the report.

A contract had signed by Pakistan for the acquisition of four MILGEM-class ships from Turkey in July 2018.

Erdogan said speaking on the occasion that he hoped that Pakistan would benefit from the naval warship that was being provided to it by Turkey.

“Our navy, rich with glorious victories, is carrying this legacy into the future by further strengthening it,” he was quoted as saying. He added that Turkey was proud of the accomplishments of the defense sector.

MILGEM anti-submarine combat frigates, which can be hidden from the radar, will further improve the defense capability of the Pakistan Navy.