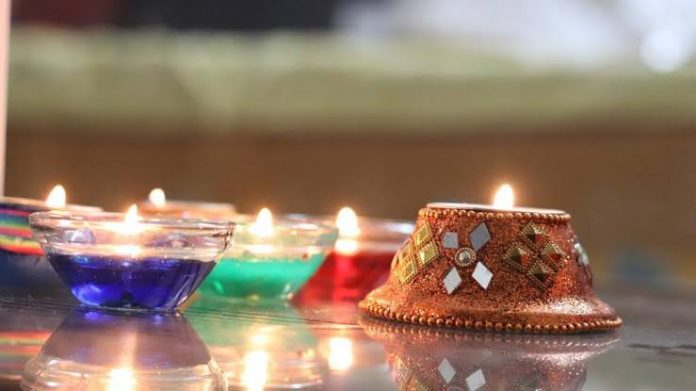 KARACHI: On Friday the government of Sindh announced that Monday October —28 would be a holiday on account of the Hindu festival, Diwali, for the Hindu community in entirely provincial government offices.

The government declared “28th October, 2019 (Monday) as Holiday for HINDU COMMUNITY on the occasion of DIWALI for all offices, Autonomous, Semi-Autonomous Bodies, Corporations and Local Councils under the administrative control of Government of Sindh,” according to a notification from Sindh Chief Secretary Mumtaz Ali Shah dated October 25.

Diwali’s day celebration meaning is very special; the holiday symbolizes the spiritual victory of light over darkness, good over evil and knowledge over ignorance.

The Origins of Diwali

Historically, Diwali can be traced back to olden India. It most likely began; as a

significant harvest festival. Though, there are various legends pointing to the origin of Diwali.

Diwali is observed in honor of deities Rama and Sita’s return to Ayodhya after their 14-year exile and Goddess Durga’s destruction a demon called Mahisha, it is according to the Hindu belief. It also celebrates the goddess of wealth and prosperity, Lakshmi.

According to Hindu faith, certain believe it to be the celebration of the marriage of Lakshmi, the goddess of wealth, with Lord Vishnu.

Others use it as a celebration of her birthday, as Lakshmi is said to have been born on the new-moon day of Kartik.

In Bengal, the festival is devoted to the worship of Hindu goddess Mother Kali, the dark goddess of strength. Lord Ganesha the elephant-headed god and symbol of auspiciousness and wisdom is also worshiped in most Hindu homes on this day.

In Jainism, Deepawali has the added significance of marking the great event of Lord Mahavira attaining the eternal bliss of nirvana.

Diwali also honors the return of Lord Rama (along with Ma Sita and Lakshman) from his 14-year-long exile and vanquishing the demon-king Ravana.

In joyous celebration of the return of their king, the people of Ayodhya, the capital of Rama, illuminated the kingdom with earthen diyas (oil lamps) and set off firecrackers.

The Hindu community offers prayers and holds ceremonies at the various temples across Pakistan and exchange sweets with their loved ones.