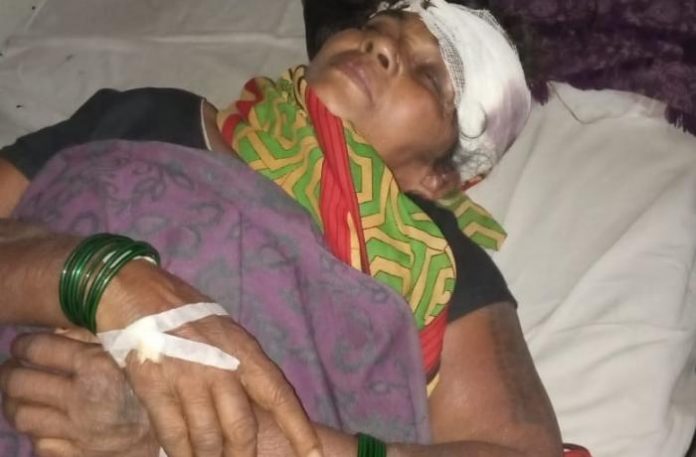 New Delhi: A group of Hindu radicals attacked the family of a Christian clergyman whilst worshipers were gathered in prayer in his home church In Jharkhand.

The local Evangelical Church of the Calvary Gospel Ministry is headed by Rev Basant Kumar Paul. The attack against his family took place on Tuesday in Parihara, a village in Garhwa district.

The clergyman’s wife is now in a coma, as a result of severe trauma to the head. Their son has a broken leg. Both were taken to Sadar Hospital, a local government medical facility.

Talking to AsiaNews, Shibu Thomas, founder of Persecution Relief, an organization dedicated to the defense of discriminated Christians in India, strongly condemned the umpteenth episode of fierceness against members of India’s Christian minority.

But the Church is praying for their healing.

Speaking about the occurrence, Rev Patsy David, also a Christian activist in India noted that the family was persecuted for their faith in Jesus Christ.

They were attacked by “8 or 9 members of the RSS (Rashtriya Swayamsevak Sangh)”, an extremist Hindu paramilitary group.

Certain “radicals came to the house church, and started abusing and beating everyone,” including the pastor’s elderly mother; and “took the pastor’s watch and other equipment.”

Regardless of his injuries, the clergyman was able to reach “the police station and file a complaint and then fall unconscious. After that the police took him to hospital, where he was admitted.”

The doctors set the latter’s leg in a cast; but both will have to undergo further surgery at a cost of US$ 1,500, money which they don’t have, this according to Rev David. His wife and son are in the same facility in critical conditions.

For Shibu Thomas, the fate of local Christians has deteriorated “ever since the Anti-Conversion Law was passed in Jharkhand” in 2017.

Now “Extremists are taking full advantage of it and are beating and assaulting innocent people.”

What is more, “untruthful complaints about forced conversions are being filed against Catholic nuns, priests, pastors and Protestant believers.

They strike and murder Muslims at will. Ghar wapsi[*] have become regular features”.

Persecution Relief has recorded 330 hate crime incidents against Christians in 2016, another 440 in 2017, and at least 477 in 2018. Between the months of January to September of this year, it counted 349 incidents involving persecuted Christians. (A.C.F.)

All this has become normal. “The Chief Minister and others are mum about it. They should speak, loud and clear. Tribals are being harassed and forced into reconversion.”

Thirsty Christian Accused of Blasphemy for Drinking Water from Mosque

Sikh Marriage Act in Punjab ready to be presented, 18 years...

75 years of interfaith harmony celebrated by the British Christians and...