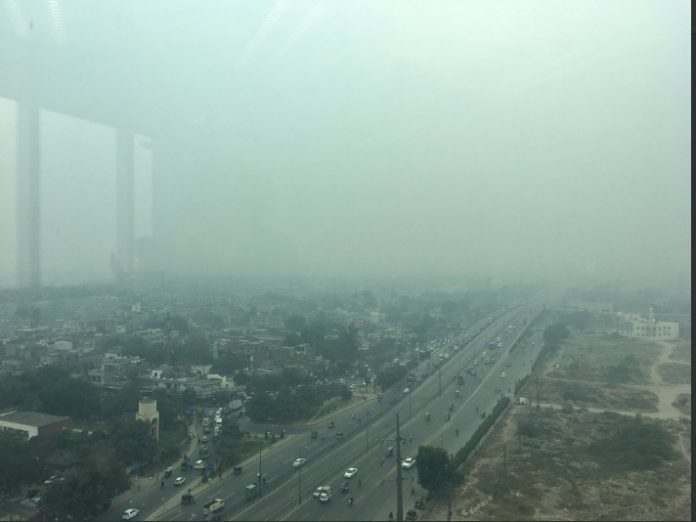 The air quality in South Asian cities is falling by the day. During the month of October and November both Delhi in India and Pakistan’s Lahore topped as the most polluted cities in the world.

Lahore is ranked at 1st on 2nd November 2019 as most polluted city in the world, followed by Dehli in Worst Air Pollution Index ranking with an AQI of 445.
Stay inside and avoid outdoor activities.

Though the health penalties of breathing in dirty air is known, a latest study shows that micro particles in the polluted air leads to a high risk of brain cancer.

What a beautiful gift today we have given to our kids 👏#AirPollutionIsNotAJoke pic.twitter.com/iIYxAj0vNY

Air pollution in subcontinent.
Dehli and Lahore 400 5000 and 189 to 350 respectively.while standard is 50 to 1.
People of india and Pakistan.
Victim of environment. pic.twitter.com/HZCIf2jCen

The scientists inspected the health records of over 1.9 million people in Canada over 25 years.

They found out that a total of 1,400 people have developed malignant brain tumors in 2016.

Researcher at the McGill University concluded that the — tiny particles found during smoggy days can be absorbed by a person’s — lungs and then travel through the blood vessels to other organs in the body, including the brain.

“Environmental risks like air pollution are not large in magnitude – their importance comes because everyone in the population is exposed,” study leader Scott — Weichenthal of McGill University told The Guardian.

In last days the government of has been declared holidays for schools because of smog and pollution.

#Lahore what did you do to deserve this? #smoginlahore #smog #chronicles pic.twitter.com/SzcGQZKu6k