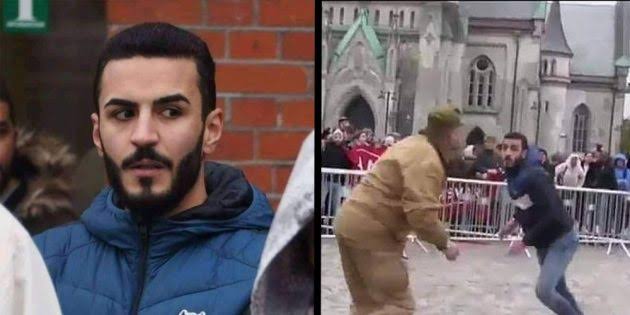 ISLAMABAD: On Saturday Pakistan summoned the ambassador of Norway to express its ‘deep concern’ over the desecration of the Holy Quran occurrence that took place in Kristiansand last week.

A press release from the Ministry of Foreign Affairs — (MoFA) stated that the Foreign Office summoned the Norwegian — ambassador to convey its “deep concern of the government and people of Pakistan.”

Pakistan conveyed to the Norwegian — authorities that the incident hurt the sentiments of 1.3 billion — Muslims across the world including those in Pakistan.

“Such actions could not be justified in the name of freedom of expression,” the foreign office said.

“The Norwegian authorities were urged to bring those responsible to justice and to prevent the recurrence of any such incident in the future,” read the press release.

“The Ambassador of Pakistan in Oslo has also been instructed to convey Pakistan’s protest and deep concern to the Norwegian authorities.”

A scuffle broke out after the leader of the ‘Stop Islamisation of Norway (SIAN)’ rally, Lars Thorsen, tried to burn a copy of the holy book in the city of Kristiansand despite warnings from local police officials.

The man who stopped Thorsen from burning the Holy Quran was being called Ilyas on social media, but his exact identity could not be ascertained.

The ‘Muslim hero’, in a video on social media, could be seen jumping into the barricaded circle to save the holy book from being desecrated. The rally soon turned violent, after which police took Thorsen and his attackers into custody.

Netizens took to social media to praise Ilyas and also raise alarm over the rise of Islamophobia in Europe and around the world.

Salute to brave #Ilyas for displaying courage to stop an absolutely deplorable action. Such Islamophobia based provocations only promote hatred & extremism. All religions are and must stay respectable. Islamophbia is threat to global peace and harmony.#TheGloriousQuran#Norway pic.twitter.com/CRahq5mazf

#TheGloriousQuran and Muslims started trending on Twitter in Pakistan.

Fatwa to murder Pakistani Sikh over not closing down school